Last Wednesday I took the trip up to NYC, to the top floor of Chelsea Market to pick up a device that many have waited anxiously for. A device unlike anything else we’ve seen before: Google’s Glass. This is the Explorer Edition of the device, which is targeted towards developers, who attended Google’s IO conference last year. I was fortunate to be invited to pick up my device on the first day of New York’s pickups, which followed several pickup days in Mountain View the previous week. 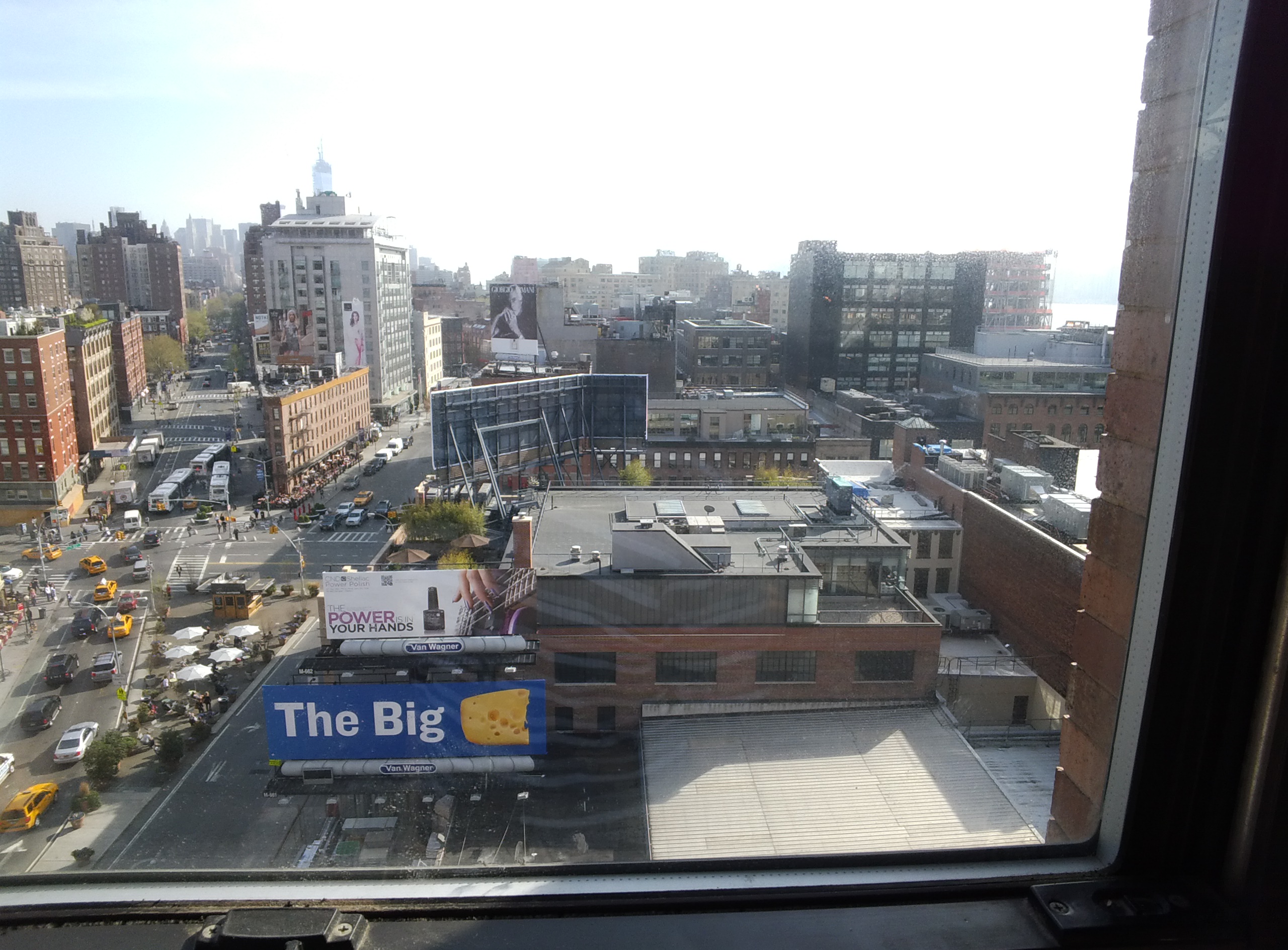 The pickup experience was very exciting, it included an informative one-on-one experience with a Glass Guide, who helped walk me through the device (which I had gotten some previous experience a few months back) and fit it to my face. The top floor of Chelsea Market allowed me to break in the camera of the device with a nice view of lower Manhattan.

I was able to try on all five colors that were available, but I ended up choosing charcoal (also known as black.) Other options included Cotton, Shale, Tangerine, and Sky (white, grey, orange and light blue, respectively.)

Configuring Glass was a snap, I opted to use the MyGlass app for Android, although users without the app, can use a web based utility to set up their device. After my scheduled pickup apoinment, another Explorer and myself walked up towards Times Square, and were greeted with several people giving us a look for wearing at our new eyeware.

So far people have either thought they look ridiculous, which might be the nature of the device, or the fact that I’ve been wearing them overtop of my prescription glasses. This hasn’t stopped anyone, however, from asking me to try them on and get a demo of the features.

What’s in the box?

Included in the box is Glass (obviously), a micro USB cable and a AC adapter for it, a microfiber bag for storing Glass when it’s not in use, and two visor attachments, one polarized for sun, and the other clear. 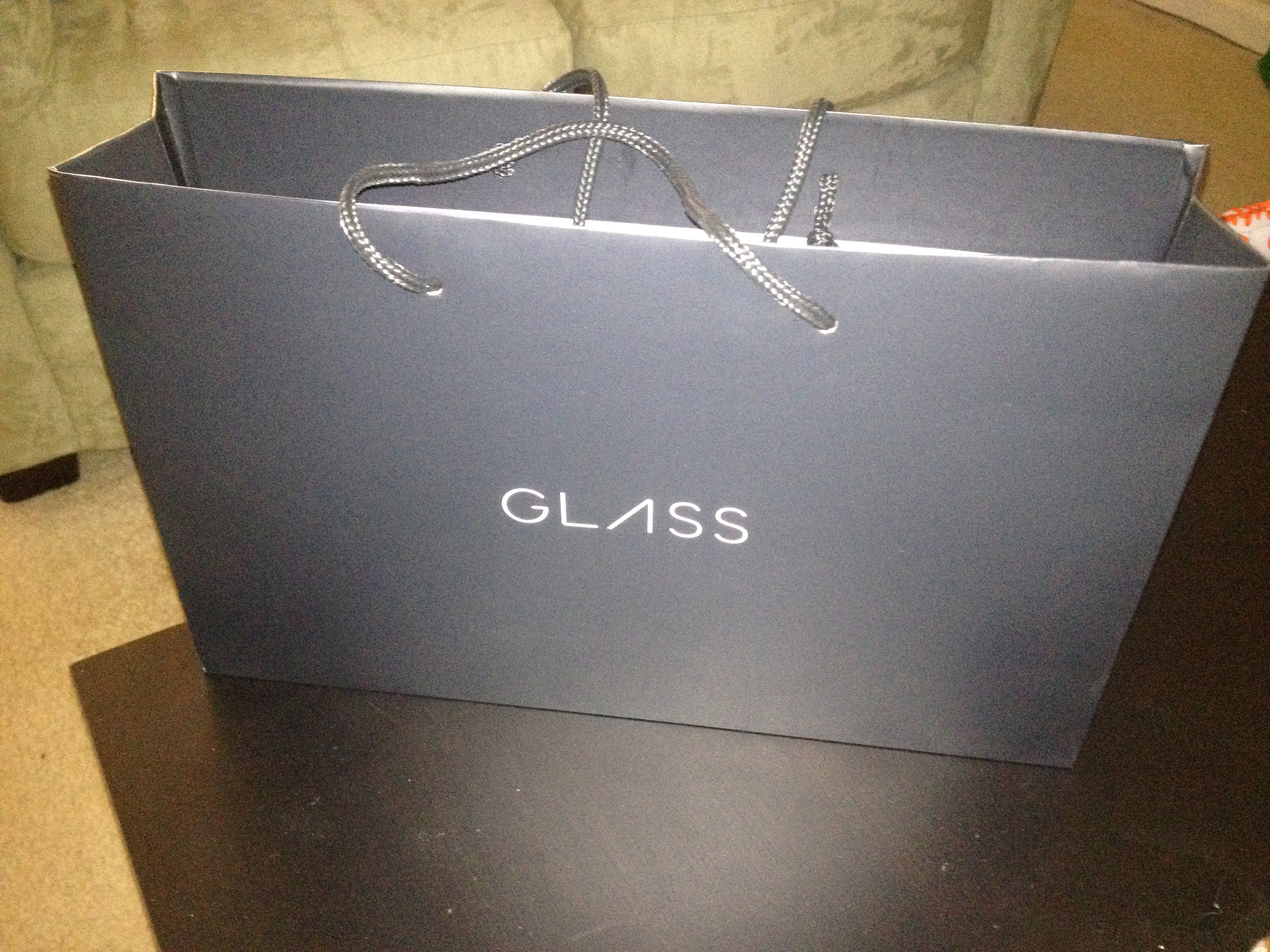 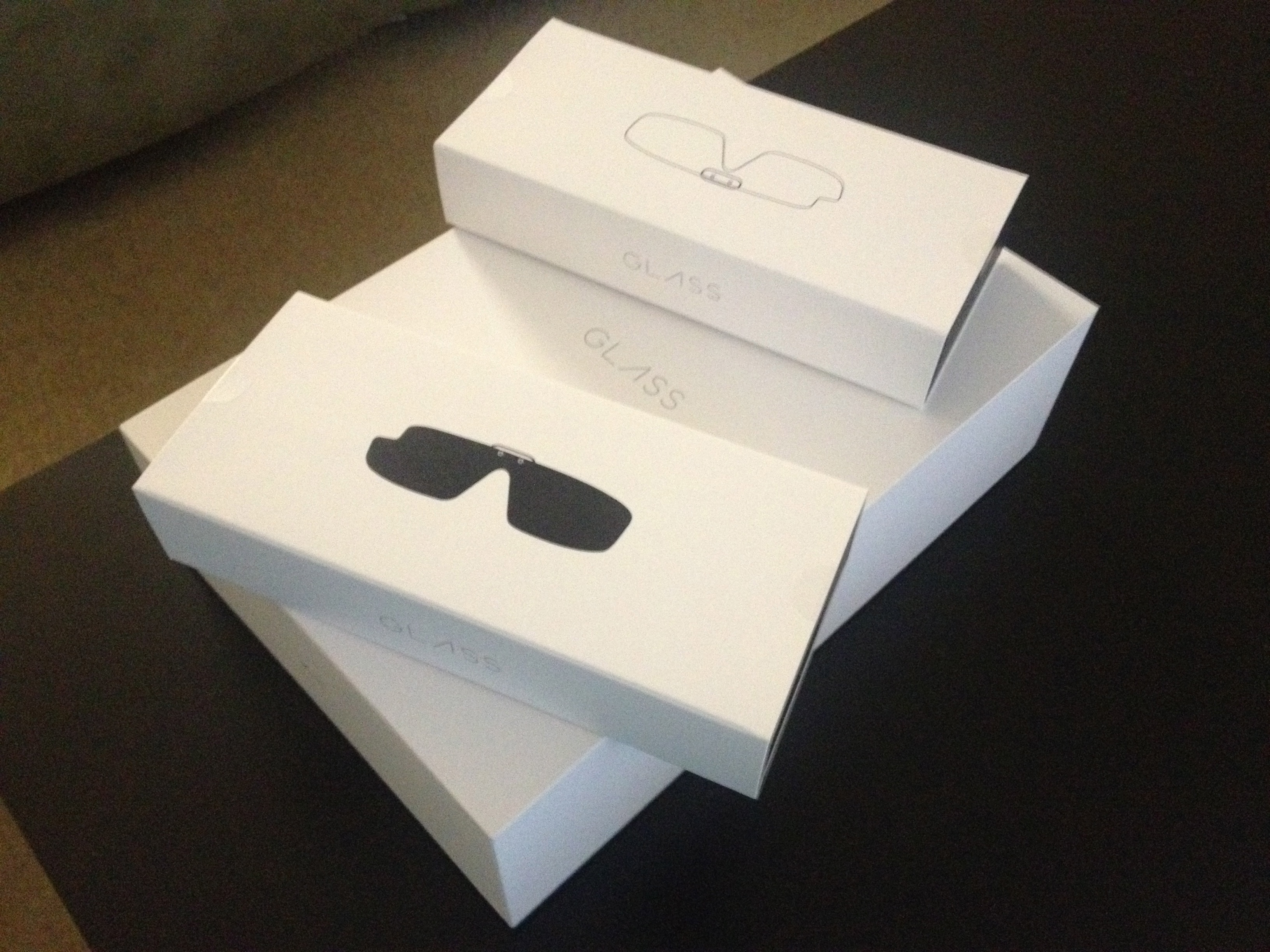 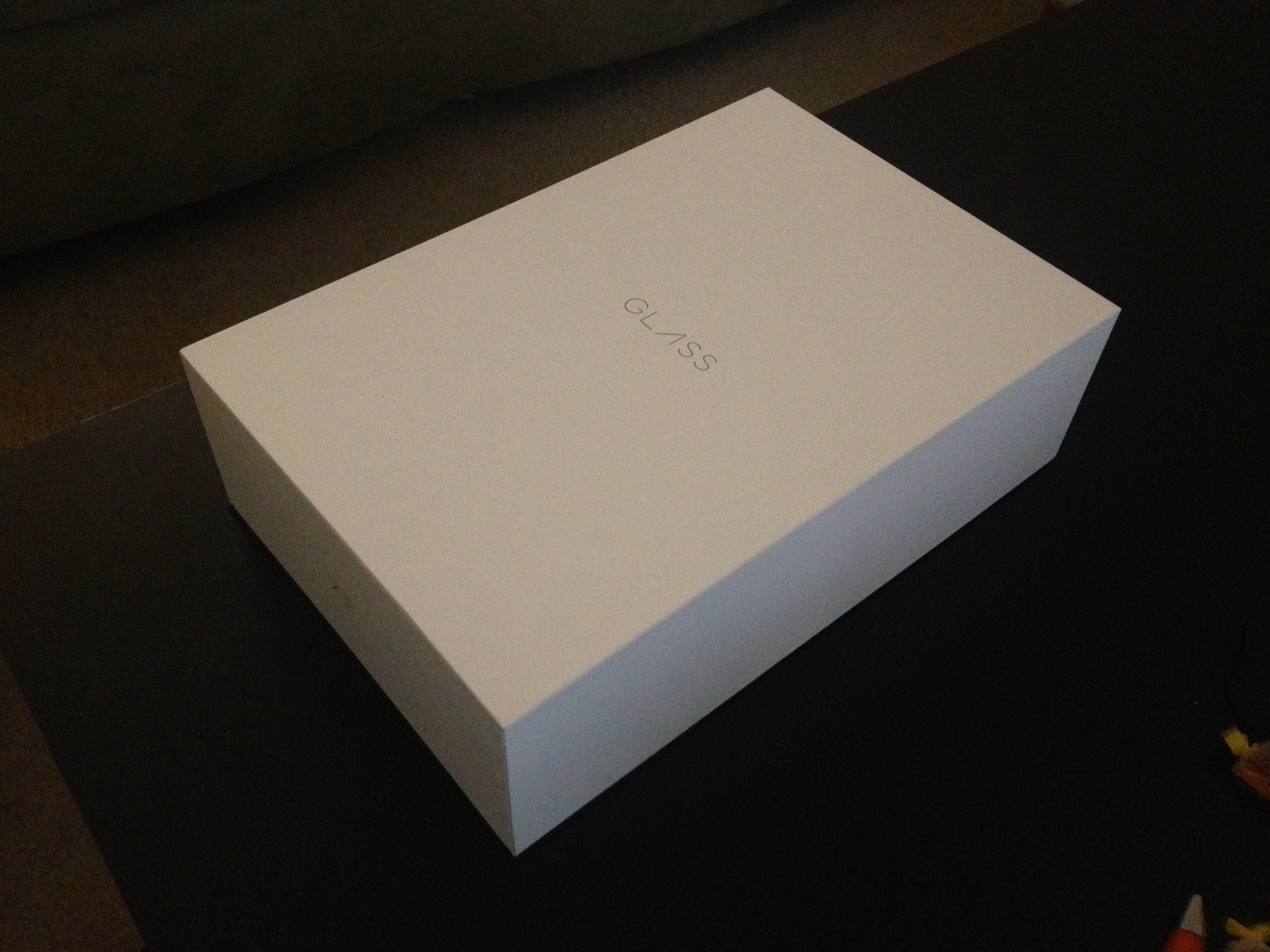 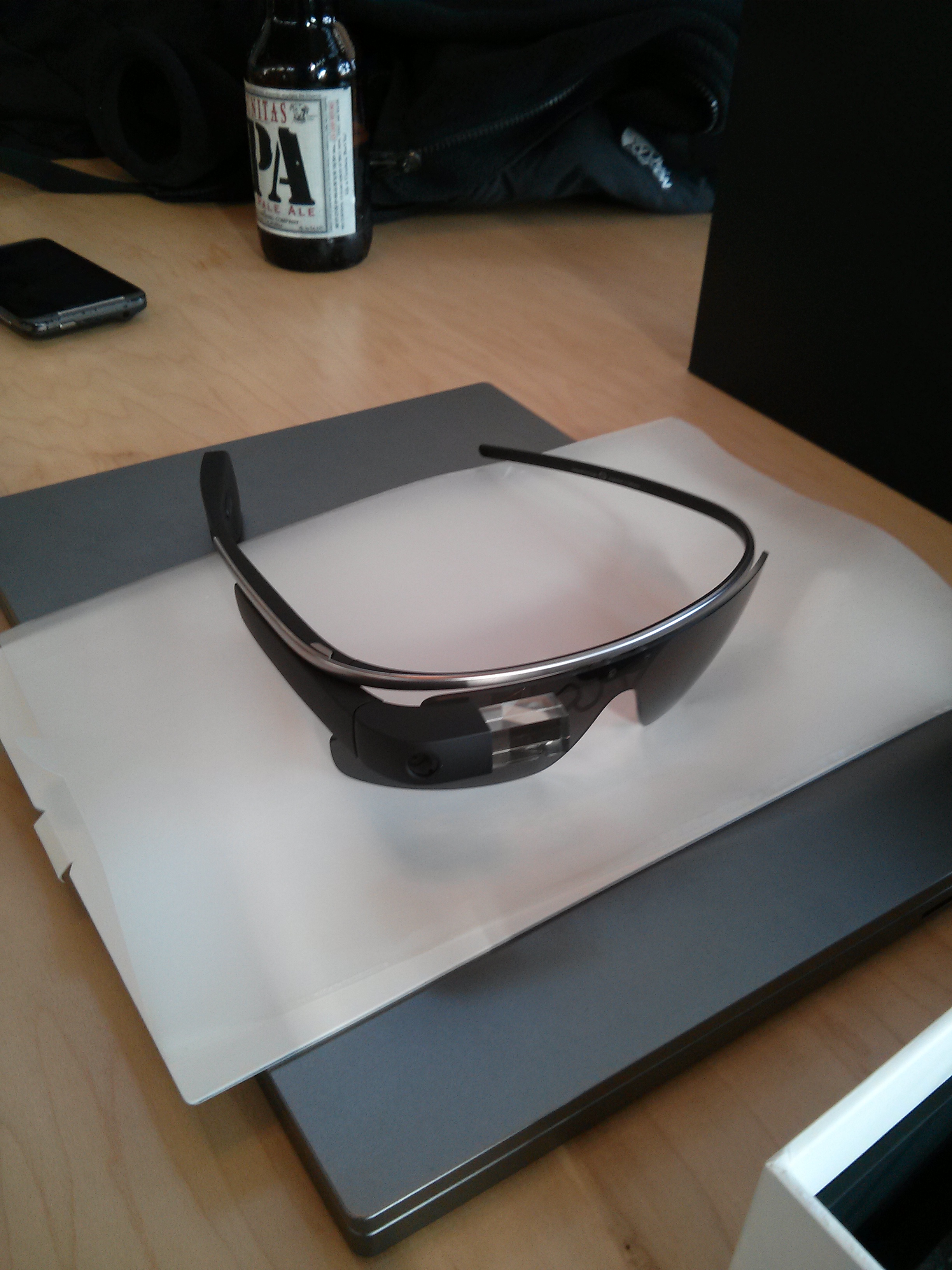 Since I’ve only had the device for a few days, I’ll need to post a review after I’ve used it for a little longer. So far I’ve enjoyed the hands-free navigation for wandering around DC, as well as taking some snapshots. I’ve always thought it was a little awkward to reply to text messages and emails using your voice (which is why I never really did it on my phone), but maybe I’ll warm up to it with Glass. The battery life has been pretty decent, even with the heavy usage of showing it off to excited friends. 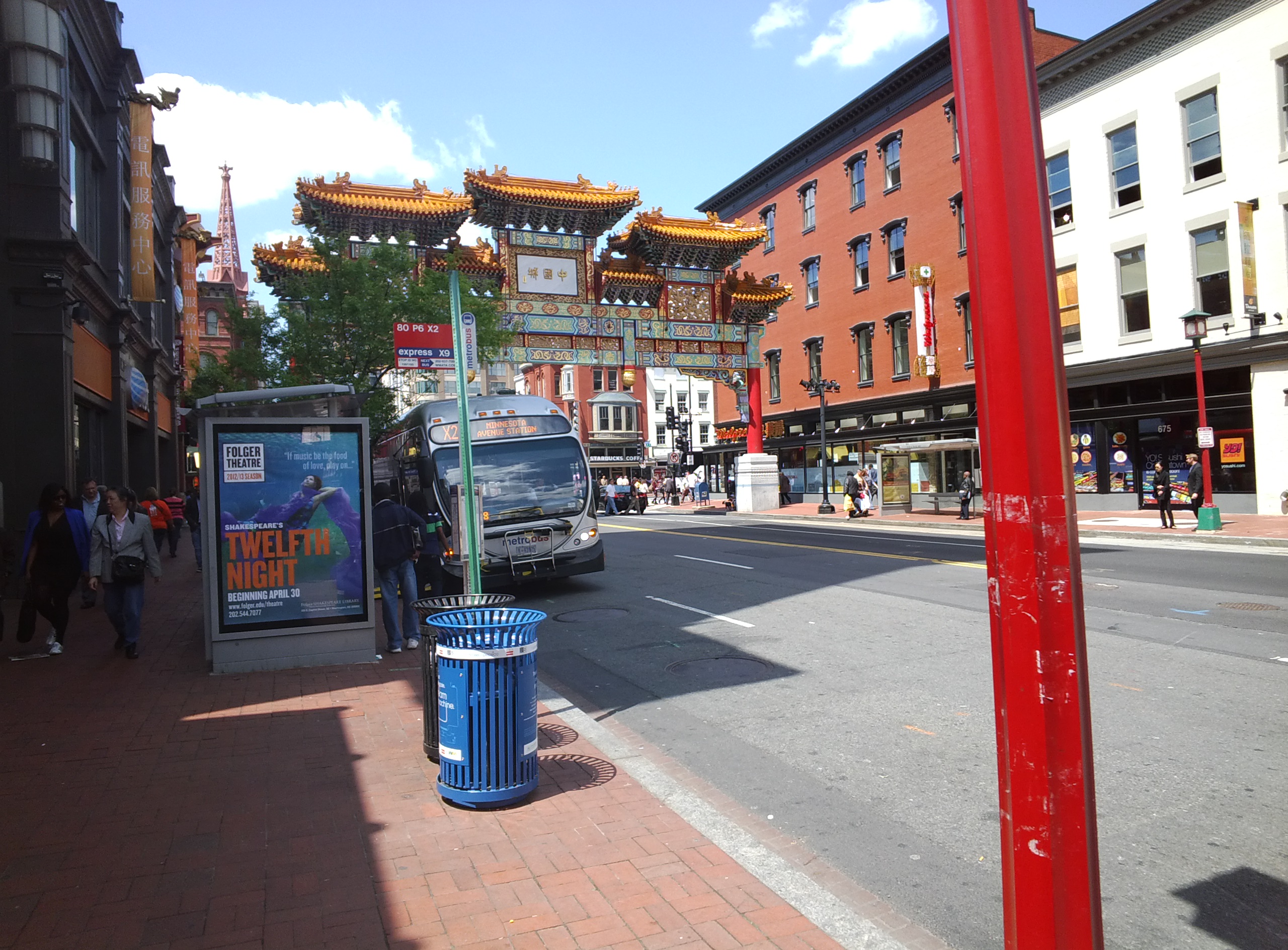 A few days after I returned with Glass, I was interviewed by The Fold, a flagship video series by The Washington Post! You can check out the video here:

Got any questions you’d like answered? Drop me a line below in the comments, on Twitter or on Google Plus!