Recently, I was doing some code cleanup and noticed that there were some data in the database that was no longer needed. I think most developers clean up their codebase of deprecated patterns and unused code, but I personally have not done a good job of ensuring that the same cleanup happens for unused columns in my databases.

Dropping tables that are no longer used is pretty easy (especially if you can just use something like Room’s Migrations) but when trying to remove unused columns, I ran into an unexpected problem. I thought to myself, it’s pretty easy to add or rename a column, why would dropping one be any harder? The existing database library I was using already had a convenient “drop column” method, so I simply called that and tried to run the migration. During the process, I ended up with a ForeignKeyConstraintException! I quickly scanned the schema to see what could have caused that, and didn’t see anything obvious. The table I was trying to modify didn’t have any foreign keys itself, and the column I was dropping was not a foreign key. Curious to understand what was happening, I started to dig into what this method call was doing.

I saw that although you can add a column with SQLite’s ALTER TABLE ${tableName} ADD COLUMN ${columnName} ${columnType} statements, there’s no support for removing a column out of the box. The library method I was using emulates dropping a column by doing the following:

This process seems to make a lot of sense – since we can’t remove the column on its own, let’s just make a new table with the structure we want and copy over the data that we want to keep. So why does this process not work?

If you read the SQlite documentation linked above closely, you might have noticed an important note:

Compatibility Note: The behavior of ALTER TABLE when renaming a table was enhanced in versions 3.25.0 (2018-09-15) and 3.26.0 (2018-12-01) in order to carry the rename operation forward into triggers and views that reference the renamed table. This is considered an improvement. Applications that depend on the older (and arguably buggy) behavior can use the PRAGMA legacy_alter_table=ON statement or the SQLITE_DBCONFIG_LEGACY_ALTER_TABLE configuration parameter on sqlite3_db_config() interface to make ALTER TABLE RENAME behave as it did prior to version 3.25.0.

What this means is that when we use ALTER to rename a table, any triggers/views/foreign keys that reference that table will now be updated to support it. As an example:

Let’s say we had a table users with a few columns: id, first_name, last_name, and age, and we had a table orders with the columns id, order_number and user_id, where user_id was a foreign key back to the users table. It might look a little like this: 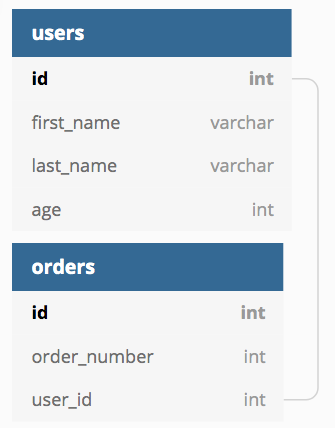 Following the steps above, let’s try to drop the age column. First we’ll rename the existing table into users_old, and create the new table:

Then we copy the the data, and try to drop users_old, and this is where we run into the exception. The grey line in the diagram is our foreign key association, and that will no longer be valid because the orders table will be trying to reference users_old which we are trying to drop.

Fortunately the documentation lists out a better sequence of steps to perform this operation:

Looking at it more visually – we’ll start with the same tables and create a new table named users_new to hold the preserved data: 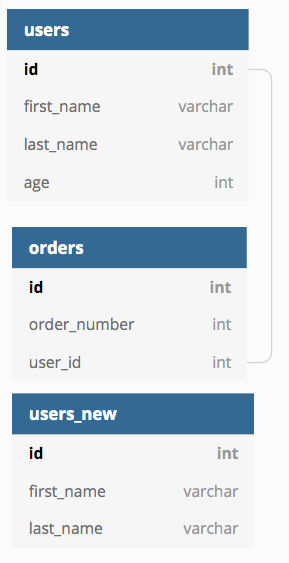 Then we’ll do the data copy, drop, the old table (but the foreign key relation will still reference the users table), and rename users_new to users. 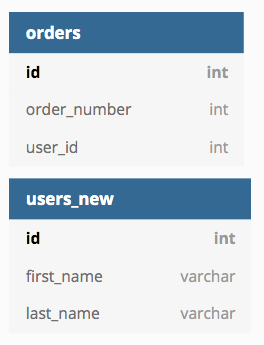 These steps will ensure that no existing links (views, triggers, etc) are modified. That way when we rename the table in the final step, the existing links will end up referencing the new table already. 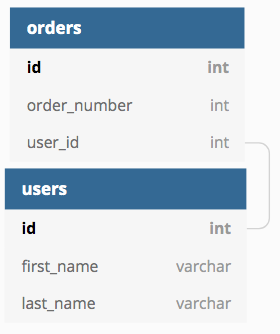 Hopefully this discovery helps you better clean up those unused columns in your databases!